Cross-numbers puzzles are like Crosswords but using numbers instead of words. Use the ACROSS and DOWN clues to determine which digits belongs in each square in the diagram. Solve the following puzzle. Note Digits may be repeated within a number. 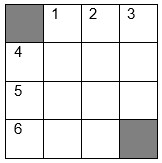 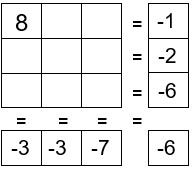 Using 4 darts and the following square dart board, find all combinations to score exactly 150. Numbers/boxes can be used more than once. All darts must be used, and each dart must be within one of the numbered boxes. (Note: There are several correct solutions.) 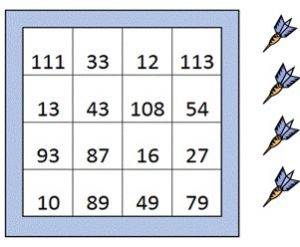