The four numbers outside the nine circles represent the sum of the numbers in the four surrounding circles. The numbers in the circles can only be 1 to 9 and each number can be used only once. Three numbers have been provided to get you started. Find the remaining six numbers. 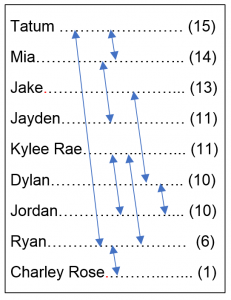 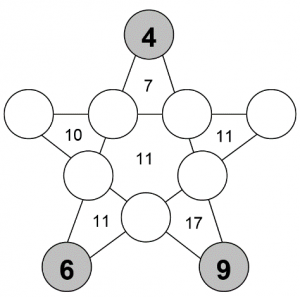 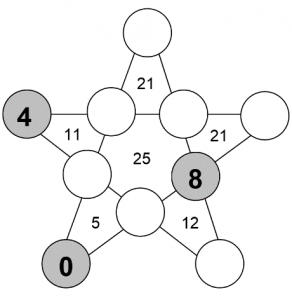